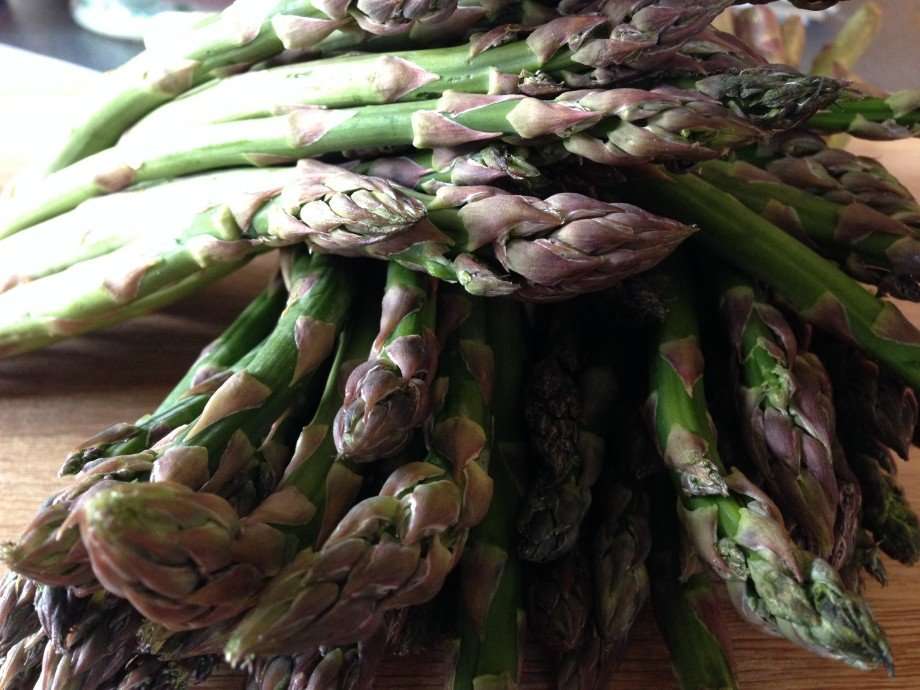 When I lived in France the home-grown asparagus season was always keenly anticipated because provincial French supermarkets rarely imported asparagus from abroad. As a result it was a ten month gap between the annual dusting off of the asparagus steamer. It was also a welcome sign that summer was approaching.

Back in the UK it is a different story where year round imported asparagus has meant that we have lost that initial excitement of seeing the fresh green spears on the supermarket shelves. I must admit on the odd occasion to buying imported asparagus in the winter months when the prospect of another helping of kale and swede (much as I love them-and I really do) just doesn’t do it for me. But still there is no substitute for the real thing-especially if you are lucky enough to have your own asparagus beds. Steamed, boiled, roasted or raw asparagus is such a versatile vegetable and can stand up to strongly flavoured accompaniments. Go to the recipe section for a shallot, egg and anchovy sauce to spoon over steamed asparagus. Classic partners include shaved parmesan and balsamic vinegar and the all-time favourite hollandaise sauce. For a light and simple supper, wrap cooked asparagus spears in parma ham and dip into a soft boiled duck egg.