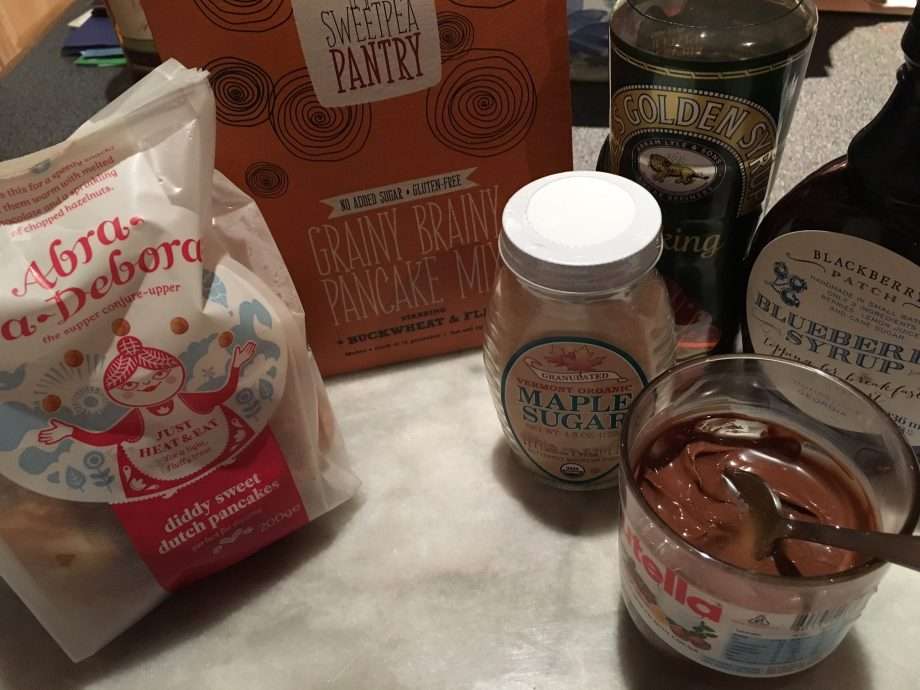 In the UK Shrove Tuesday is traditionally Pancake Day. We cook the thin, crêpe-style pancake and tend to eat them with a squeeze of lemon and some sugar, but in eastern Europe the blini (a yeasted pancake) is the favoured offering. Interestingly, pancakes are often served to mark religious occasions. The French pancake day is not Shrove Tuesday but always held on the 2nd February and is known as Le Chandeleur, or  Candlemas, a feast to mark the end of the Christmas period (40 days) and the presentation of Jesus at the temple. The French are good at pancakes which you will know if you have ever eaten at a crêperie. One of the best things about holidaying in France as a child was to go the supermarket and buy those packets of wafer-thin  crêpes. The freshly-made buckwheat galettes from the market stalls were always greedily hoovered up-usually oozing ham and cheese.

I notice most supermarkets here now sell ready-made pancakes (crêpes) and if you can’t be bothered to make them they are a pretty good alternative. Even those who follow a gluten-free diet are catered for. The packet in the shot comes from Marks and Spencer (£4.99) and, if you make them with almond or soya milk they could be lactose-free too.

I found this packet of ready-made Dutch pancakes in Waitrose. They are more like mini Yorkshire puddings (or a popover if you are American) and are very delicious warmed through and served with chocolate sauce or any of the selection I have photographed.  I have posted a recipe for buckwheat blinis which I serve as a savoury course, with smoked salmon etc. but there is nothing to stop you serving half this way and half with a sweet accompaniment.