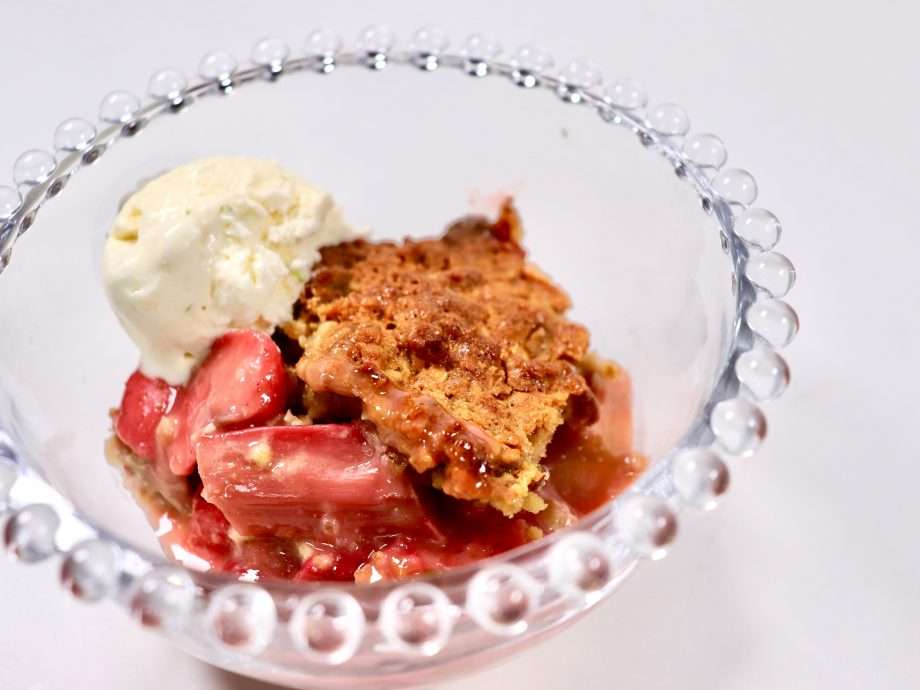 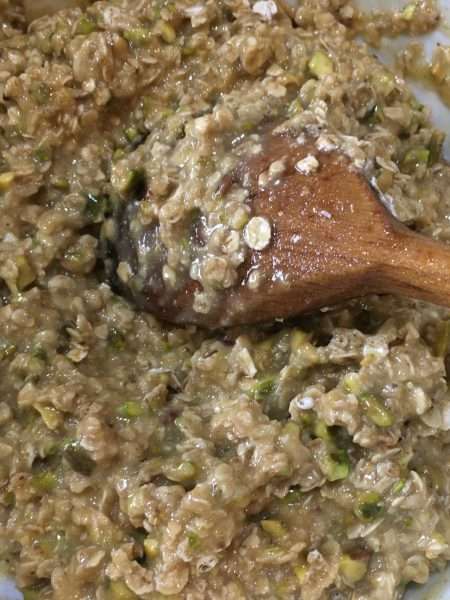 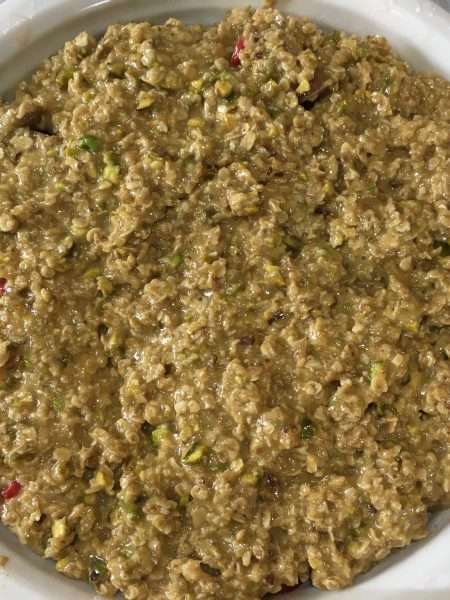 Every summer for years I’ve been experimenting with a version of this recipe, trying out various combinations but never quite happy with the result. Then the British strawberry season (and rhubarb for that matter) ends and I lose enthusiasm for the project as the whole point is to make the most of the incredible flavour of home grown produce. However, I am thrilled to say that I think I have cracked it finally. Not quite a crumble, not quite a crisp this pudding is hard to describe but very easy to eat. I serve the pudding with iced lime parfait but a jug of custard or cold cream would be a fitting accompaniment. 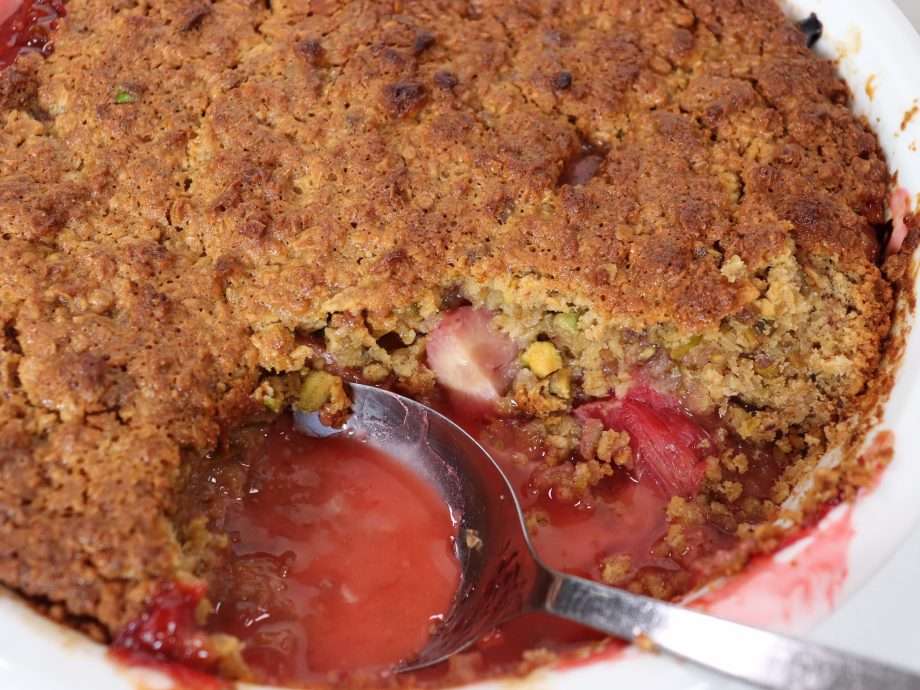