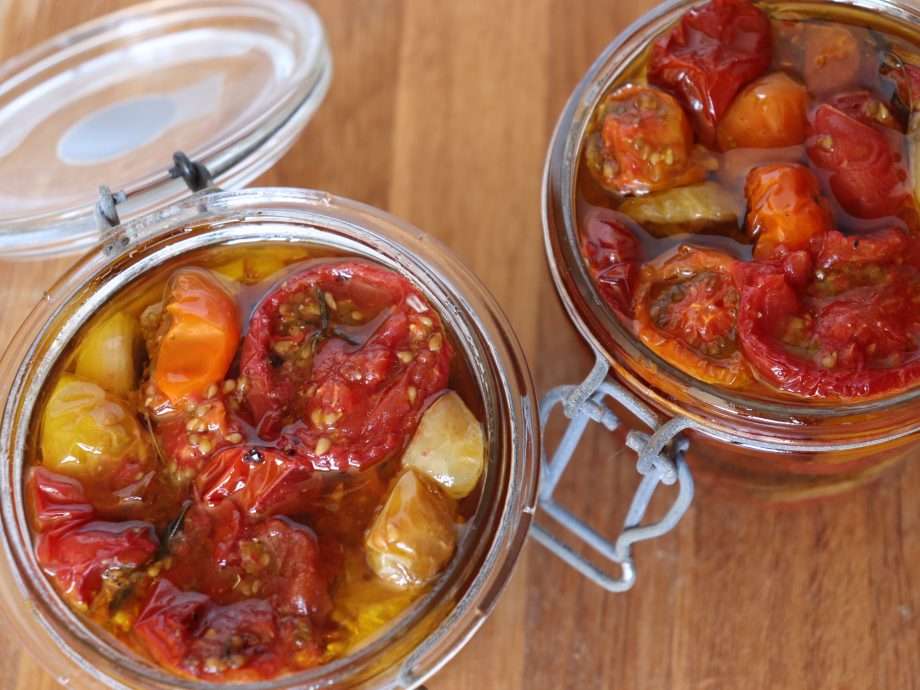 The most beautiful box of tomatoes arrived from the Isle of Wight last week. During lockdown I might be starting to resemble Strewwelpeter (a book, I might add, which still puts the fear of god into me-these days parents would probably get reported to social services for subjecting children to the horrors) but I won’t compromise on ingredients and decent tomatoes mean everything. After making panzanella, a caprese salad and some pretty heroic tomato sandwiches –good bread, mayonnaise, sliced tomatoes and salt and pepper -I decided to confit the remaining tomatoes so they would last a little longer. One and a half kilos may seem a lot but they will shrink to almost nothing. I should have been able to fill another small kilner jar but there was an incident with my cat and one of the roasting tins. 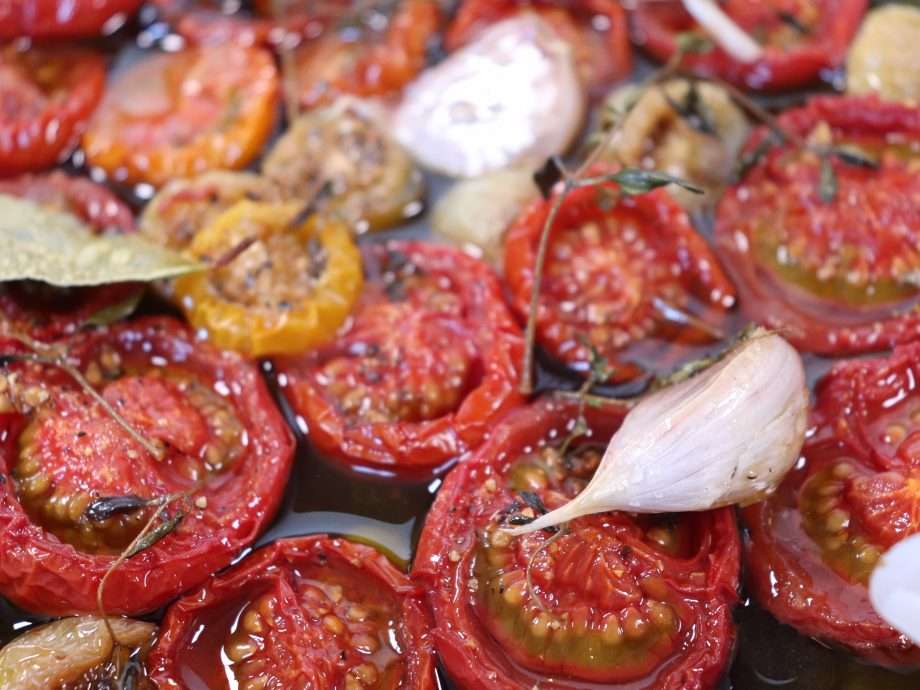 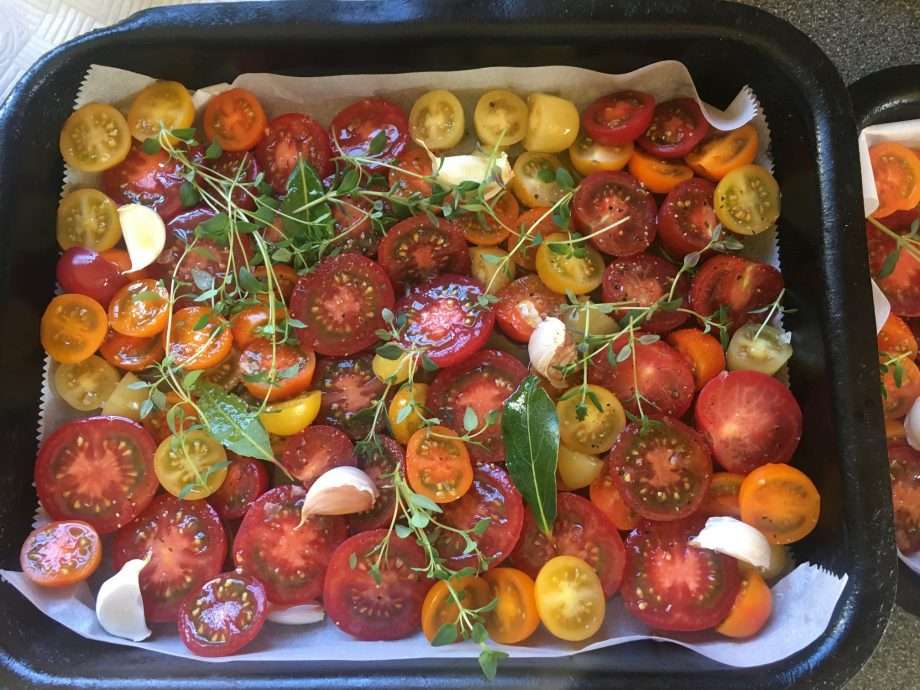