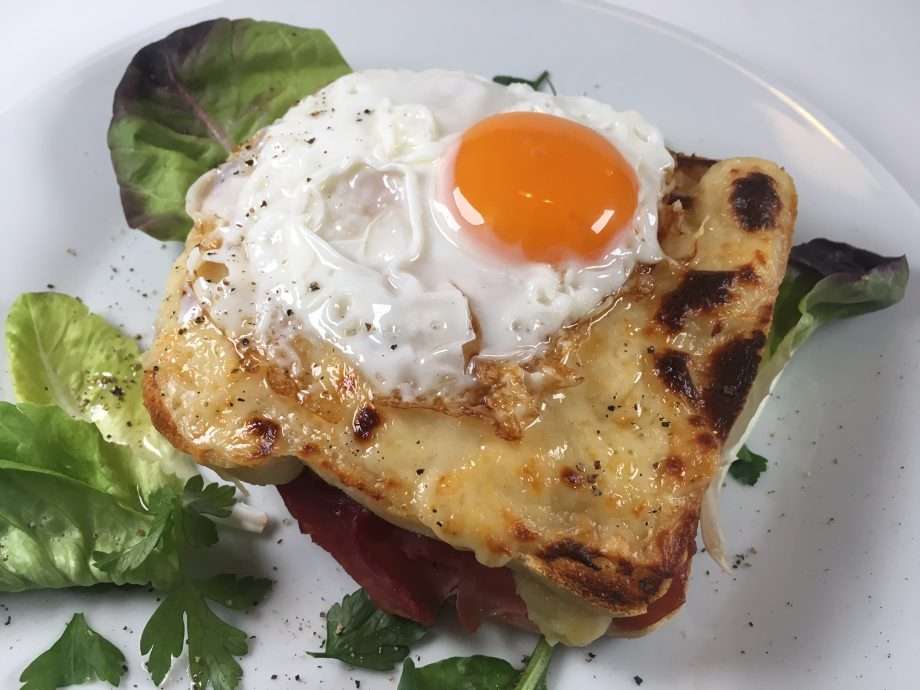 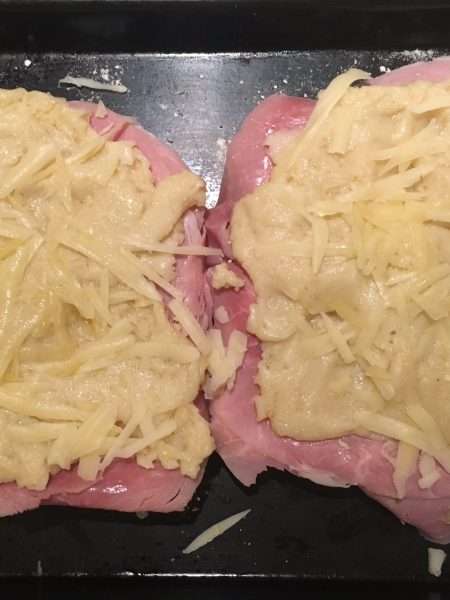 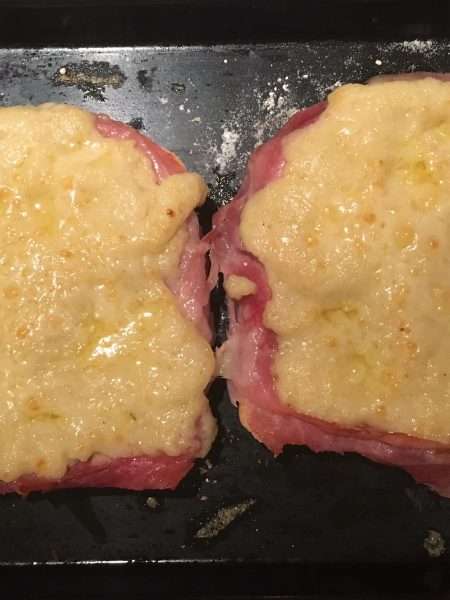 There are few things that aren’t improved immeasurably by a fried egg. That is not to say that a plain croque monsieur isn’t good stuff-it is-but this is the icing on the gâteau. If you were trying to cut down on your dairy intake you could stretch the cheese spread to make four croques but I prefer to keep it to two…what can I say- cheese is everything to me.  I like to cut thin slices from a good white farmhouse loaf as you get a bit of texture from the crust, but bog standard white sliced wouldn’t be a disaster. If you have made the cheese spread in advance you’ll need to bring it to room temperature-or warm it for 40-50 seconds in a microwave- to make it spreadable. 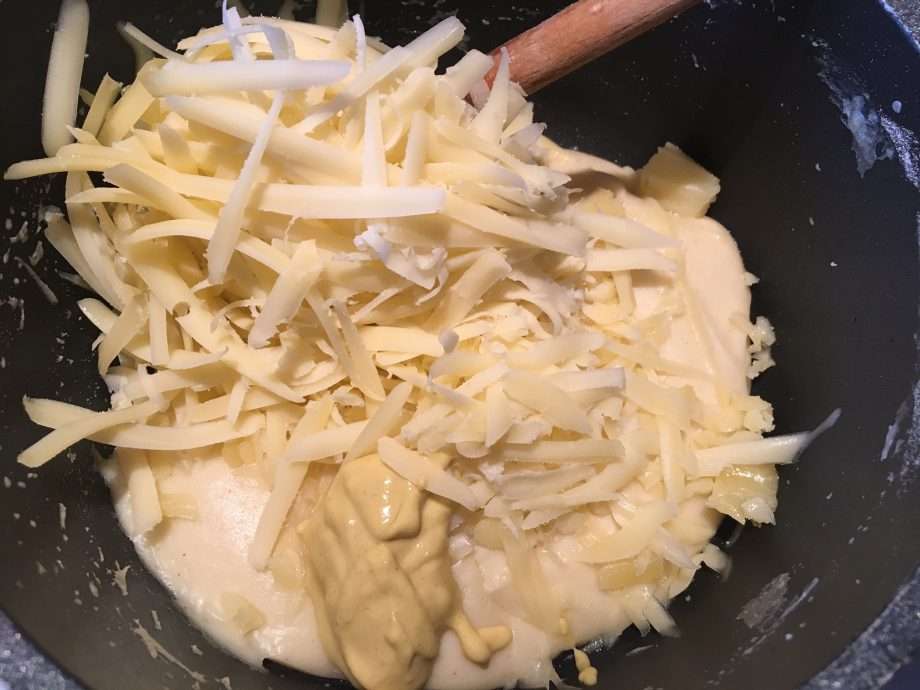 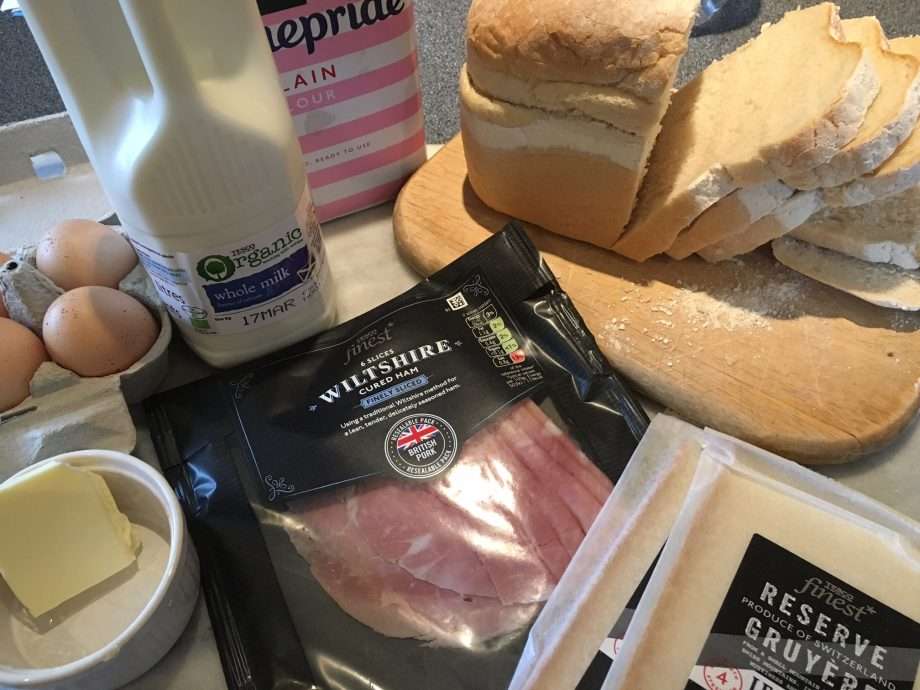