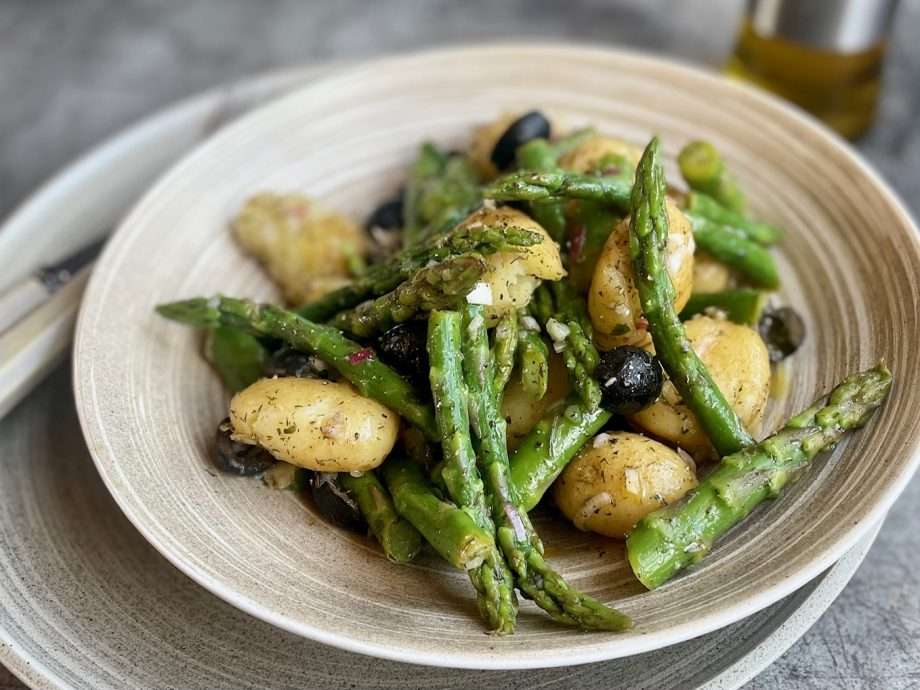 I don’t believe in messing around with the peerless British asparagus and Jersey Royal new potatoes. They are about as good as it gets as far as raw ingredients go, so I have kept things simple with a sharp lemony dressing and a few salad onions for added interest. This is a salad to accompany so many things. You could serve it with poached salmon, smoked salmon, roast chicken or a new season leg of lamb. Or, for a simple supper poach some eggs and serve atop the salad. 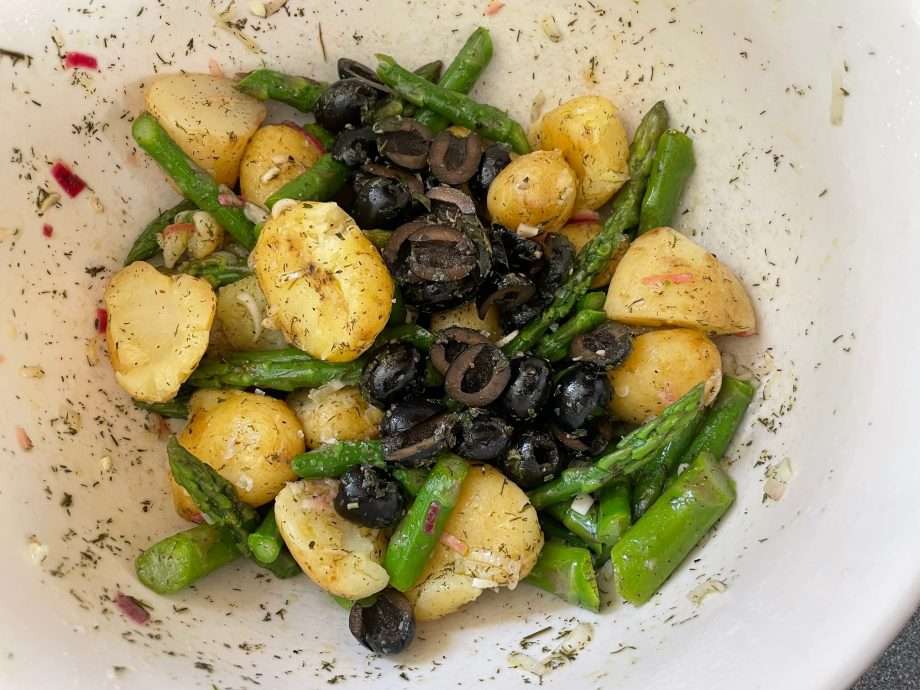 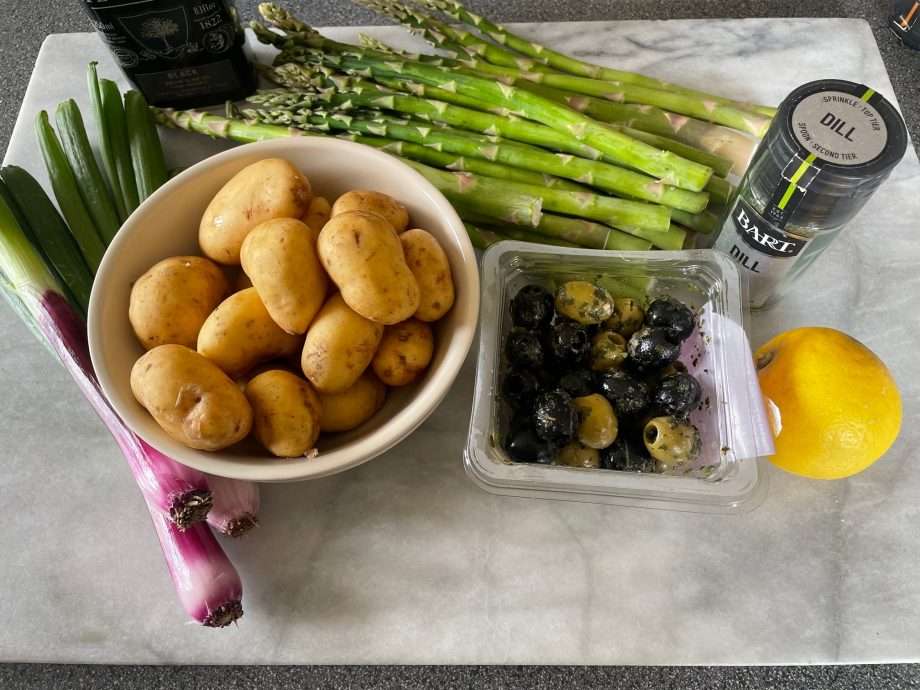