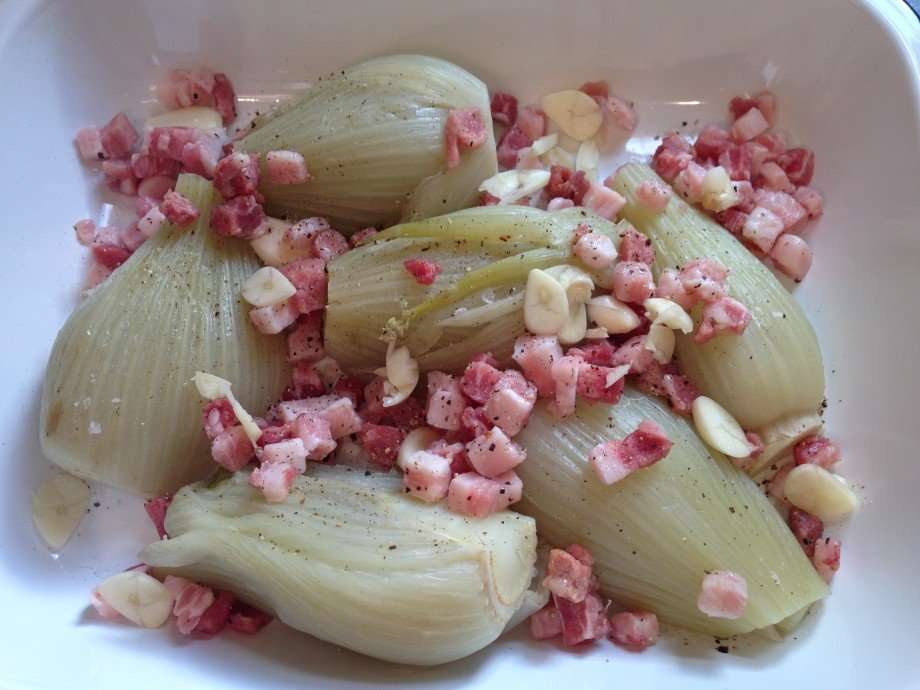 This is a wonderful accompaniment for roast chicken or salmon. Ideally buy large, fat bulbs rather than the weedier thin ones which can be a bit stringy. I prefer to steam rather than boil the fennel as it is less watery and keeps more of its flavour but if you boil it make sure the fennel is quite dry before putting it in the gratin dish. 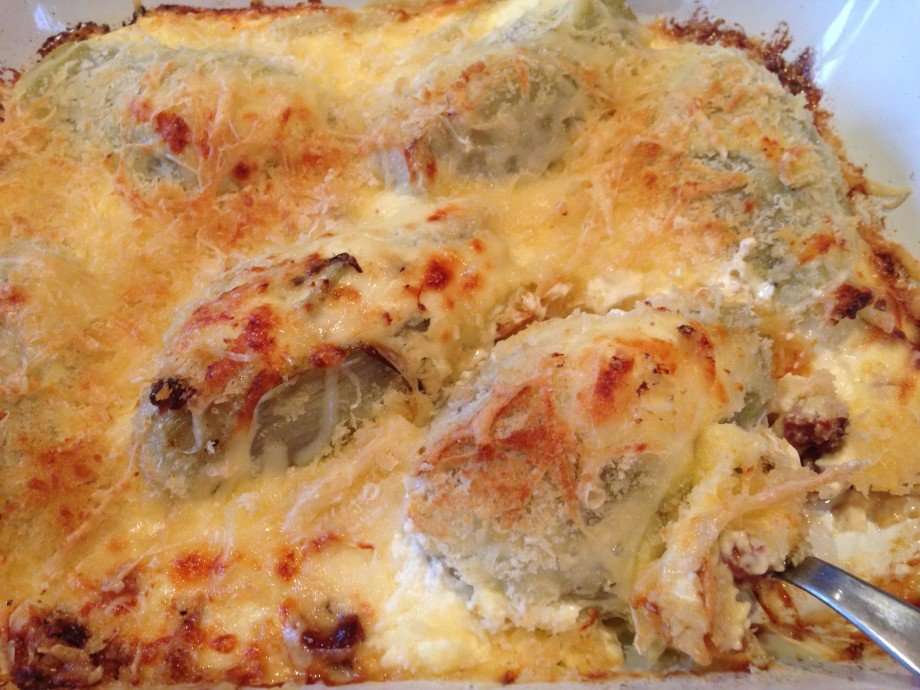