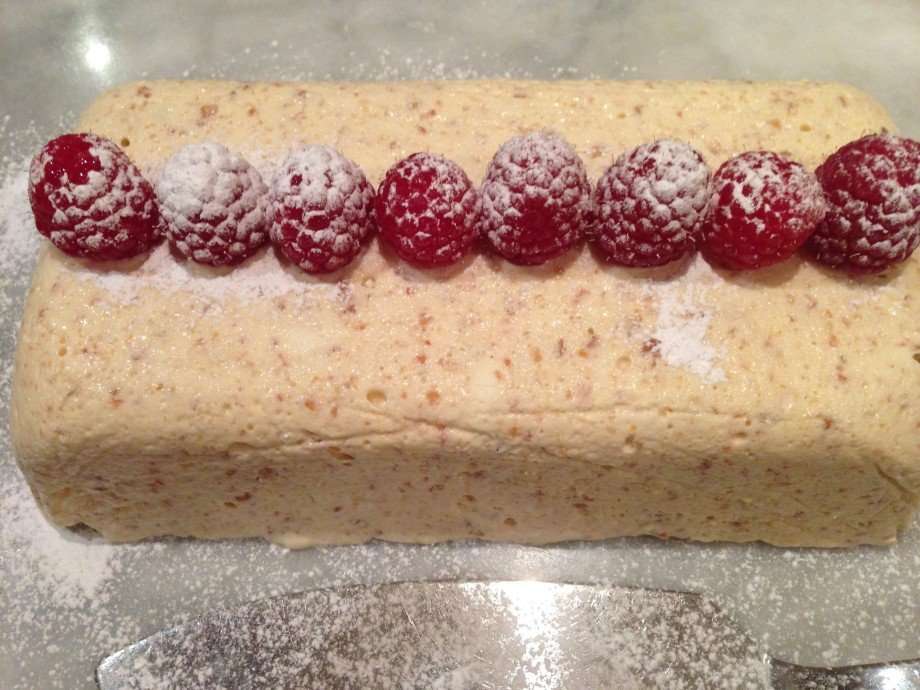 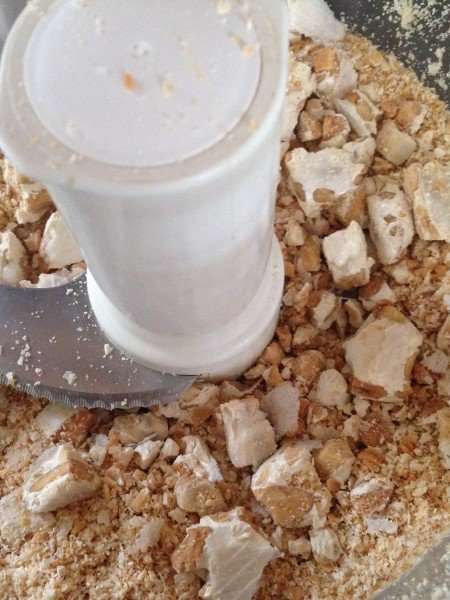 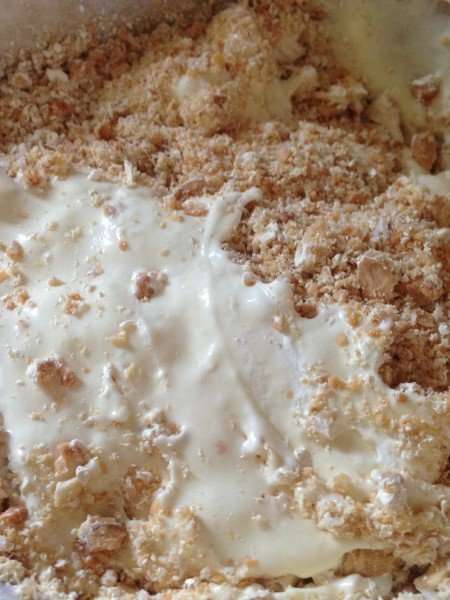 For some reason I found I had lots of nougat stashed away in the back of the cupboard. Knowing it wouldn’t get eaten in its raw form I made this pudding. It is the hard variety of nougat you need for this recipe-mine was from Lidl which comes covered in rice paper. There is no need to peel it off. The parfait doesn’t set hard so you can bring it straight from the freezer to cut into slices. 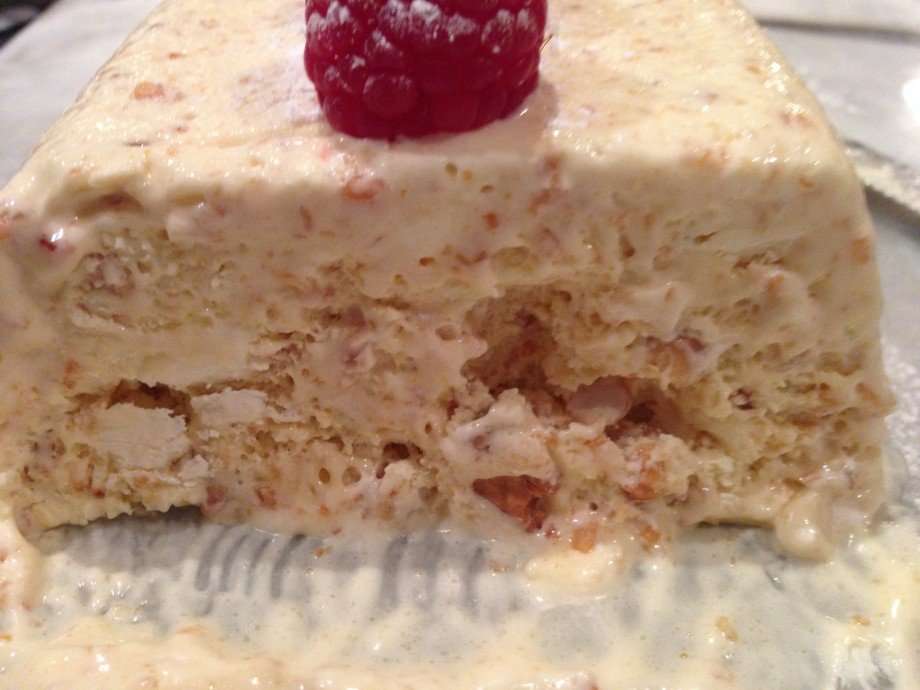