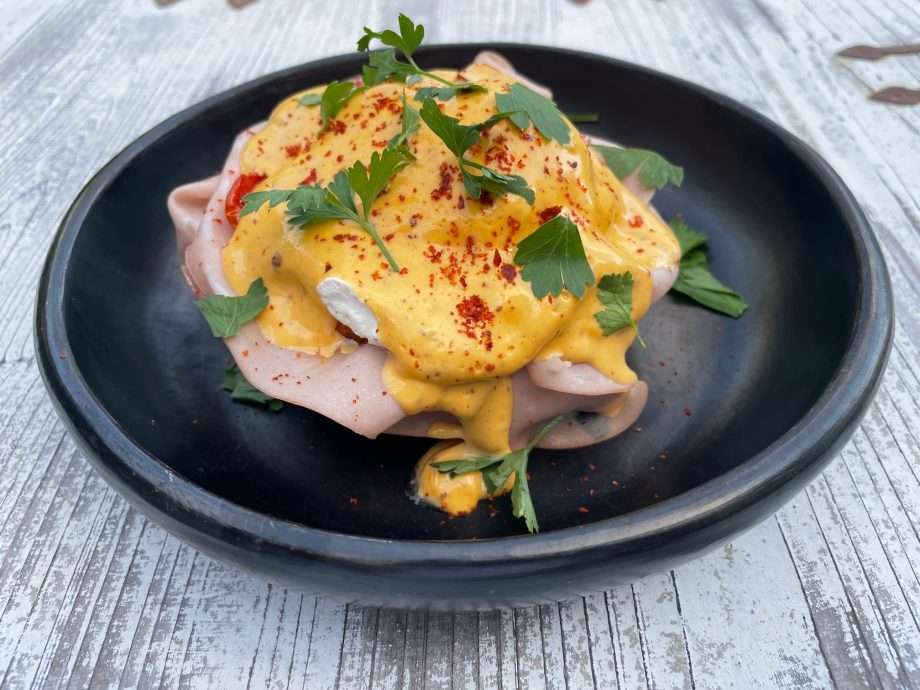 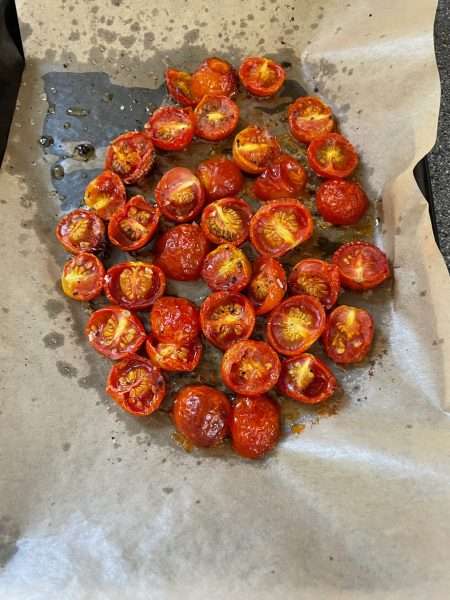 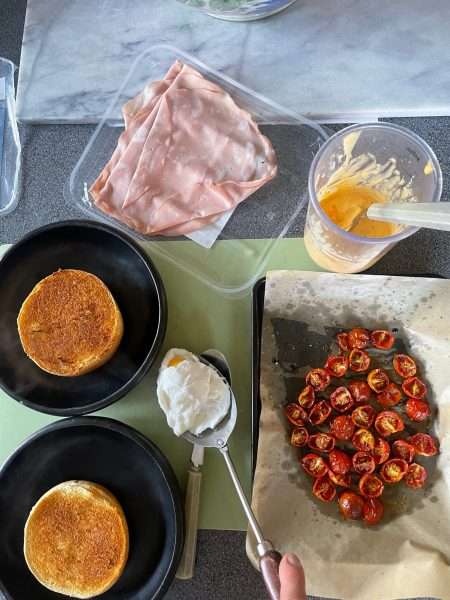 I have toyed with the title of this recipe because to call it Eggs Benedict would be misleading-although it is a poached egg with hollandaise on a bread base. However, I’ve upped the ante and made the hollandaise with a brown butter flavoured with pul biber –or Aleppo pepper, which gives it a nice little kick. If you’ve made Turkish eggs you will be familiar with the brown butter (totally stole the idea from that dish). I’ve also added some slices of mortadella sausage, I’d like to say in a moment of inspiration but honestly, the packet was lying unused in the fridge and I was bored of looking at it. You can make all the component parts in advance although I wouldn’t leave the hollandaise hanging around for longer than a couple of hours. 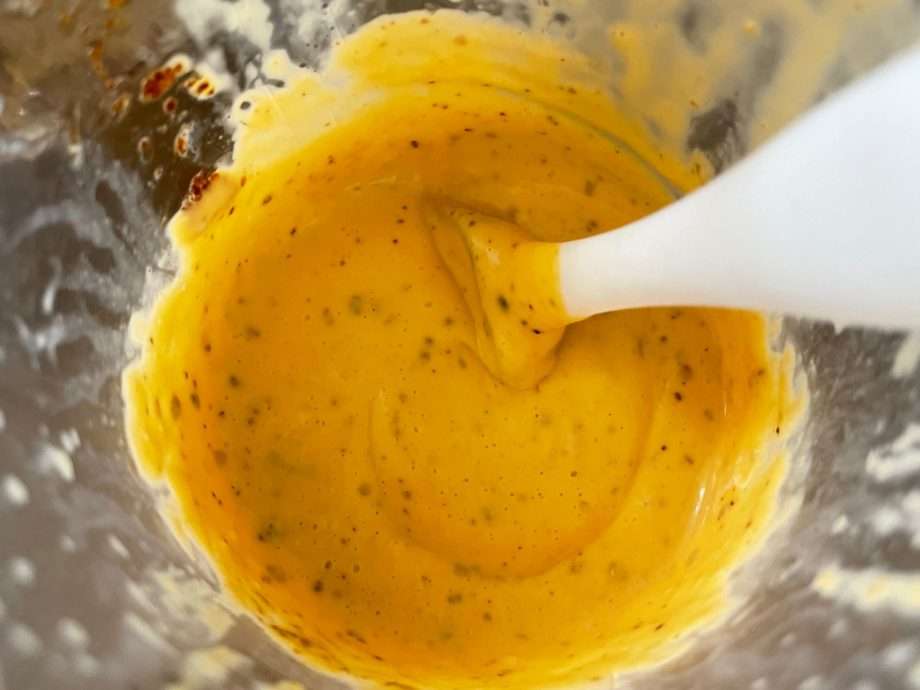 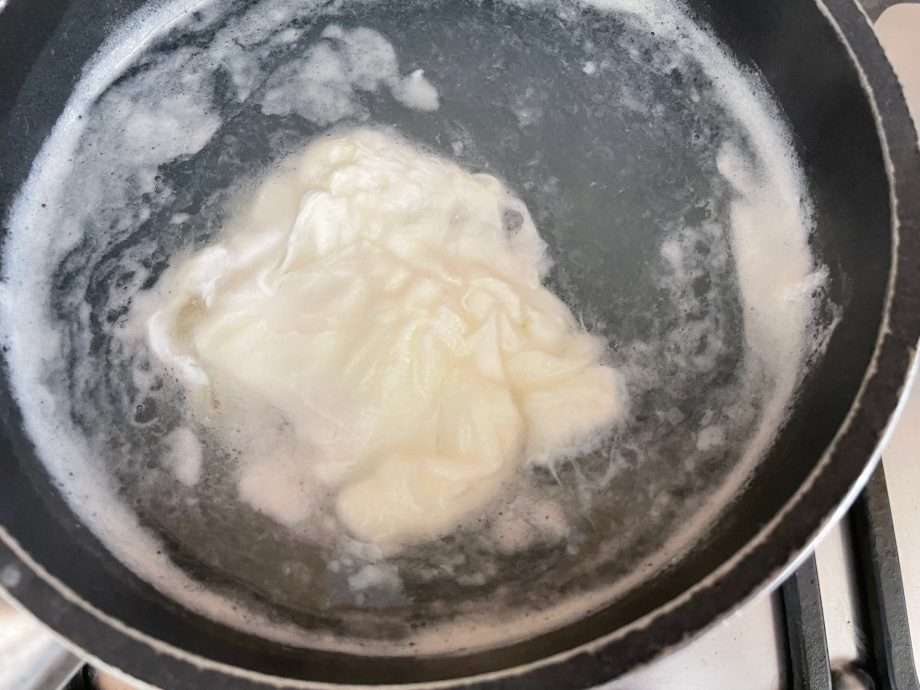