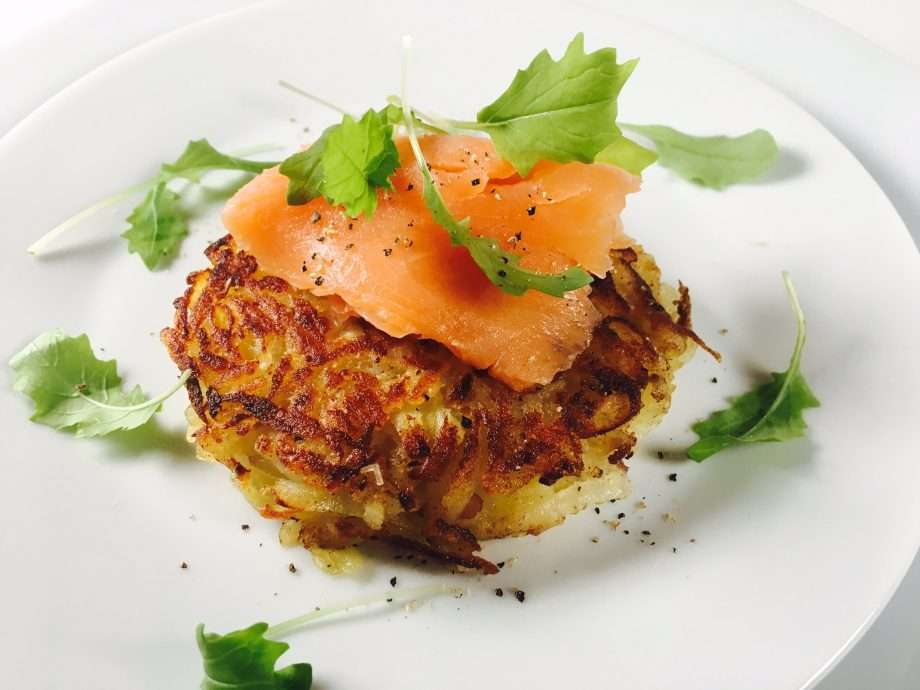 There are many ways to make potato rosti but this is my favourite. I’m not a great fan of the raw grated versions which lack flavour and taste, well, raw. The key is in cooking the whole potatoes: too little and the raw flavour is still evident: too much and you end up with a fluffy potato cake which is delicious but not really a rosti. I try and buy waxy potatoes for the rosti but they are not that easy to find in the UK. We seem to like floury varieties here whereas in France it was the opposite; lots of waxy potatoes but nary a floury spud. I never made a decent roast potato in almost 7 years of living there. 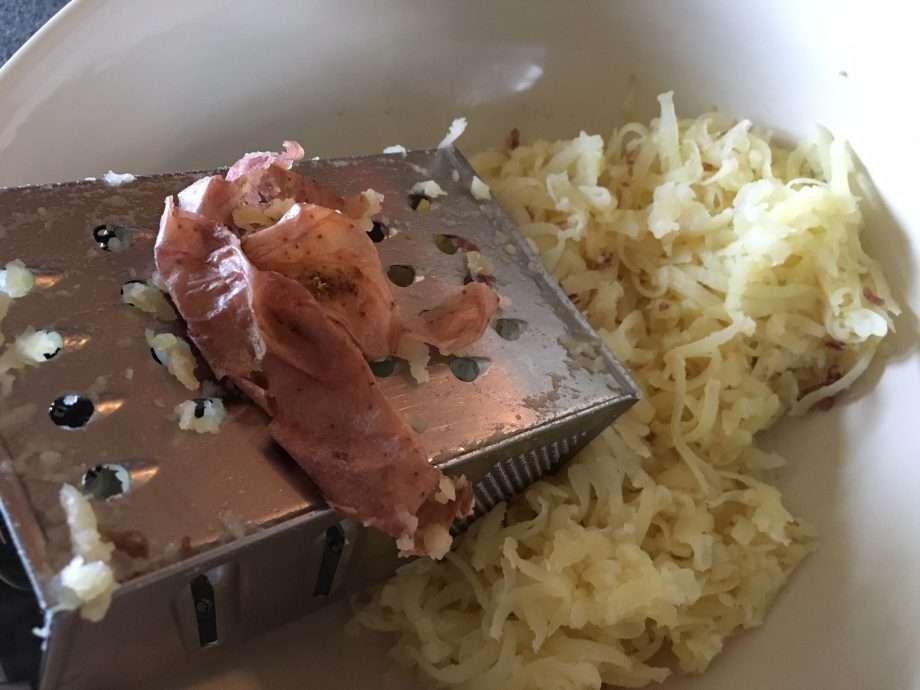 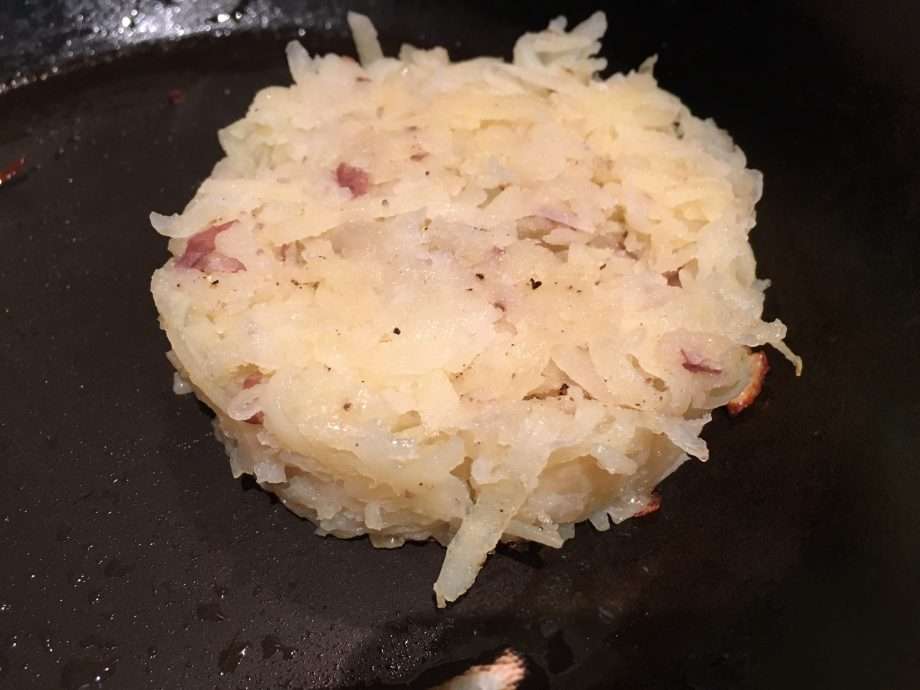