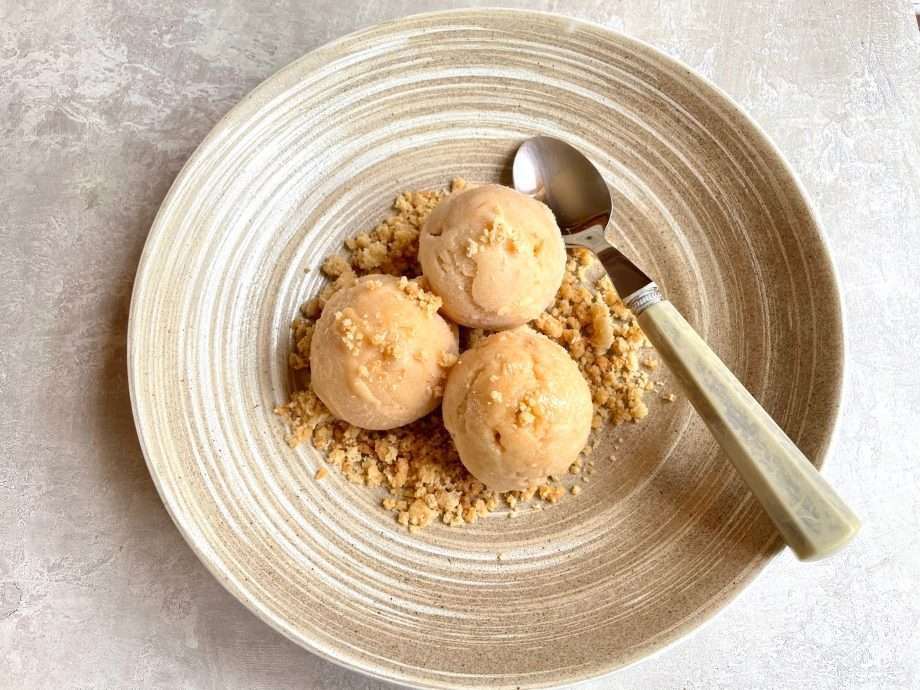 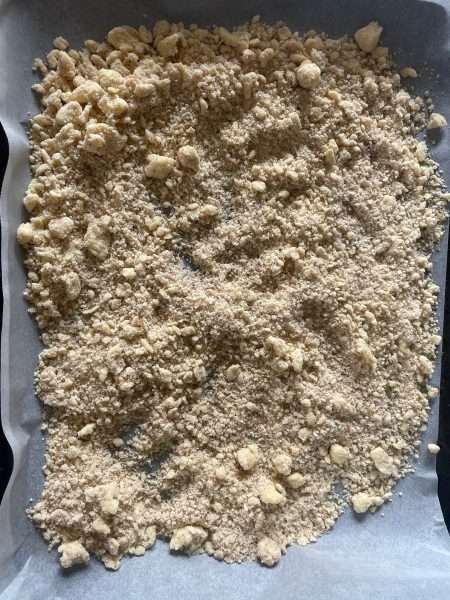 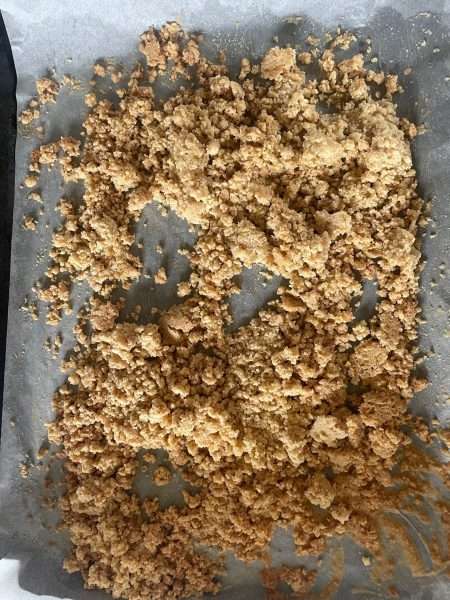 On a recent trip up to the Highlands, one of the restaurants served a magnificent rhubarb sorbet so naturally, the first thing I did on returning home was to try and replicate the intense flavour and soft velvety texture of the sorbet. I think I have cracked it and I’ve upped the ante by adding a ginger crumble crumb to serve alongside the sorbet. This is the summer equivalent to the classic winter rhubarb crumble. The crumble is more like a buttery crumbled biscuit than the traditional pudding crumble so don’t worry if it looks like it is going to melt and become a soggy mess during cooking-it will harden up as it cools. 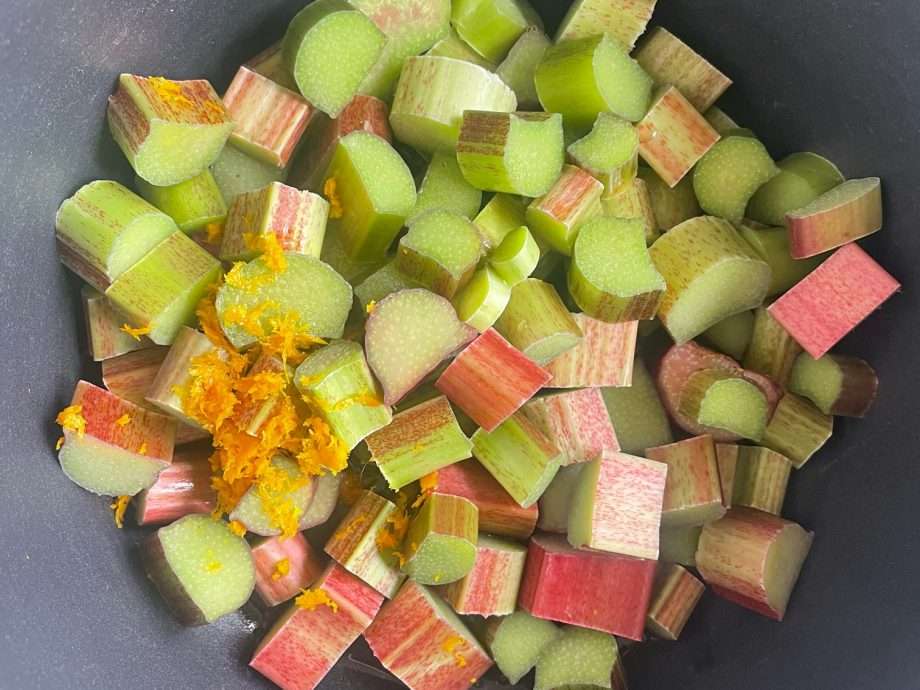 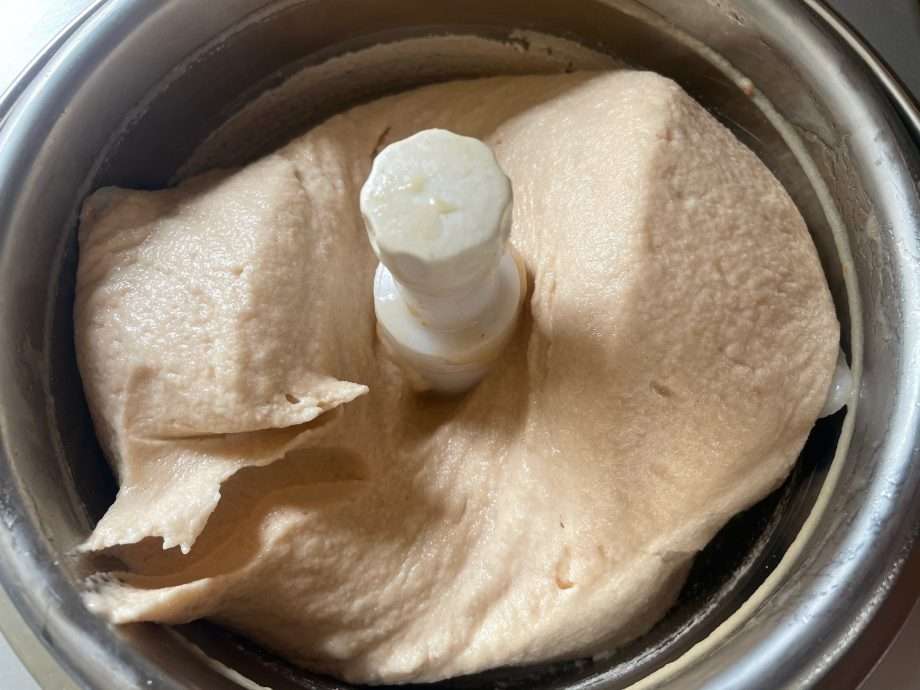