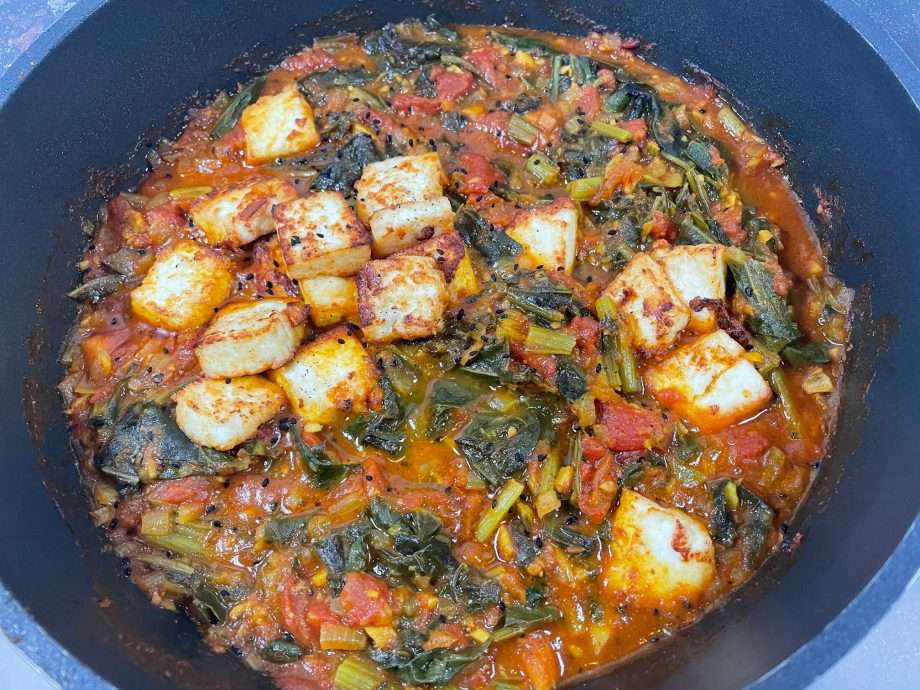 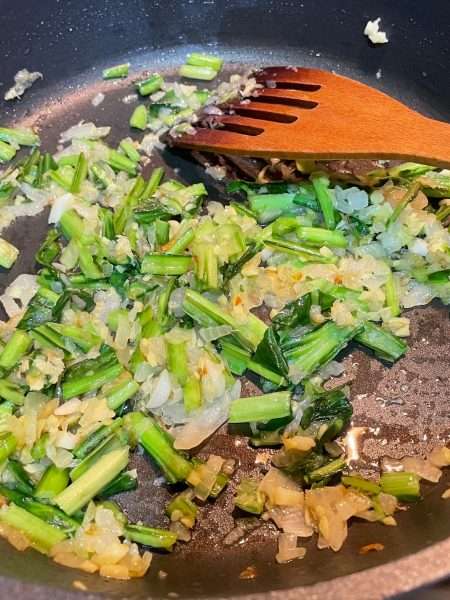 To all intents and purposes this is sag paneer but I use swiss chard because I love it and have rather a lot growing in the garden. The gloriously coloured rainbow chard could also be used here too. However, if you prefer spinach or find it easier to get your hands on you can interchange them. You will need to ignore the instructions to cook the stalks and simply add the spinach when I say to add the chard leaves. I eat this dish on its own, with some naan but it could be served as a vegetable accompaniment to a meaty curry. 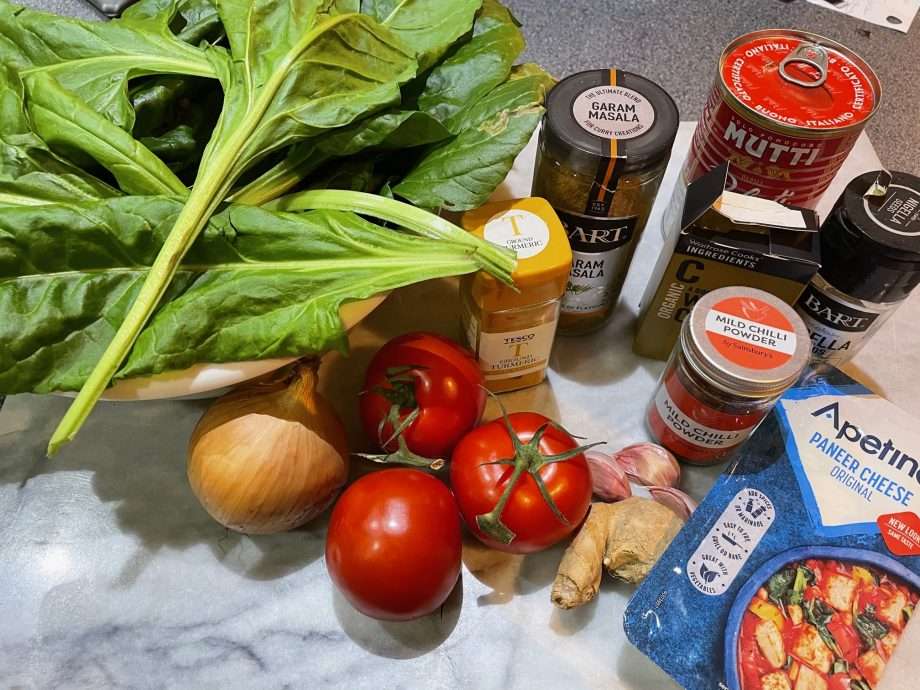