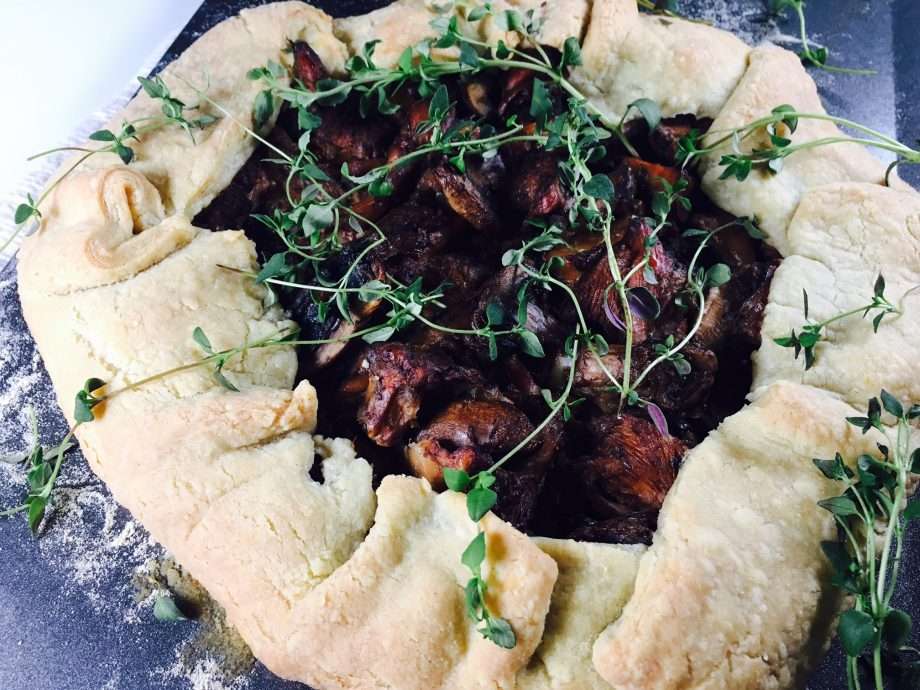 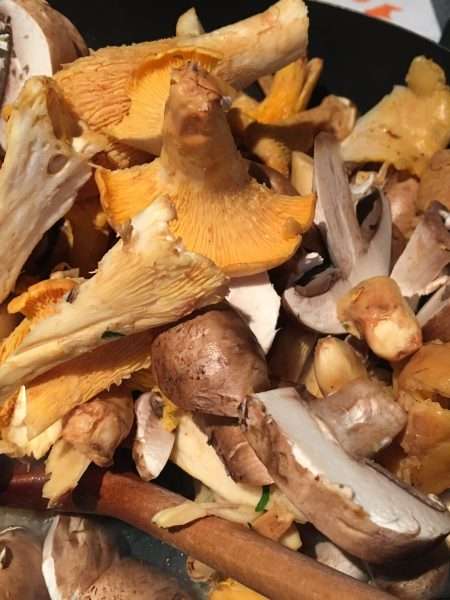 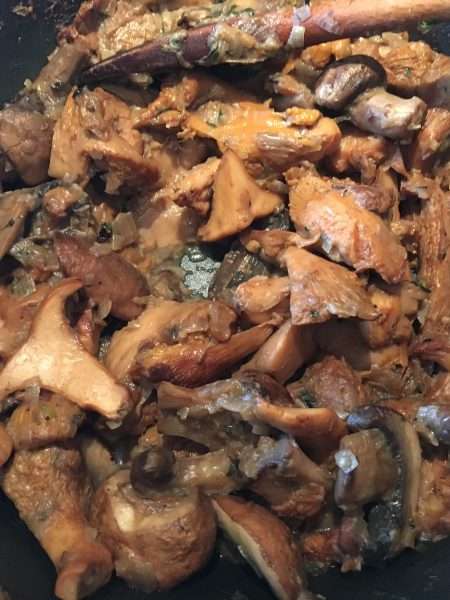 Sour cream pastry is one of my favourite to make-mainly because even those of us not blessed with a light touch can produce a flaky crust. It has a rich, soft dough which should be chilled to firm up for about an hour before rolling out. As for the mushrooms, any tasty fungi will do. I have suggested a mixture of wild and chestnut mushrooms. If you want to keep the cost down you could buy chestnut and add a handful of dried porcini to give some intense flavour. Simply soak them in boiling water for a few hours before adding to the cultivated mushrooms. 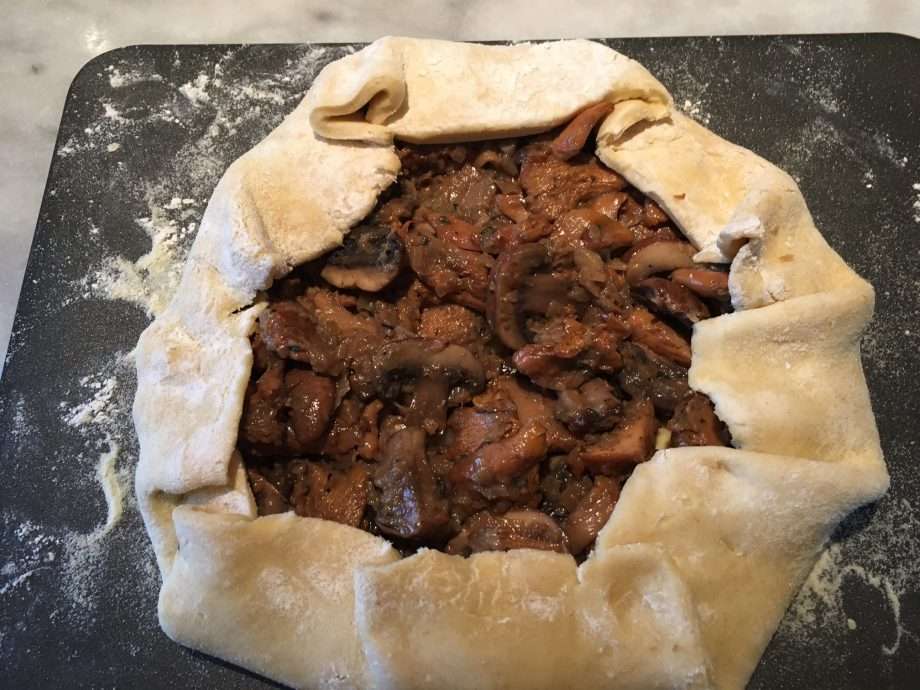 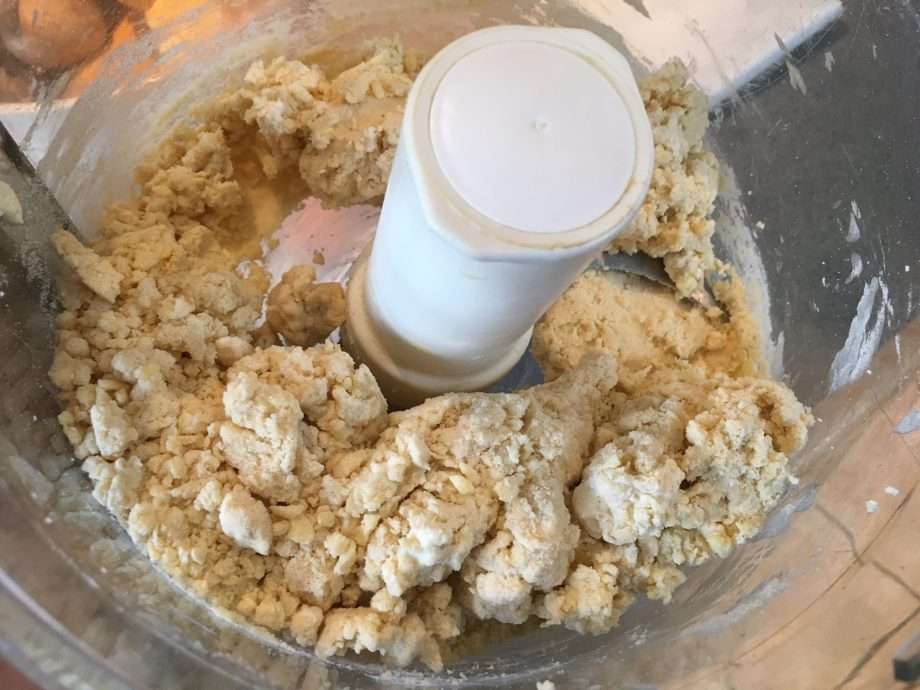